When you think about fall (and Halloween) there’s one animal that instantly pops to mind! Owl! So let’s make a super simple origami owl for kids!

We’ve been enjoying the easy origami for kids as they are loads of fun both for kids and beginners. 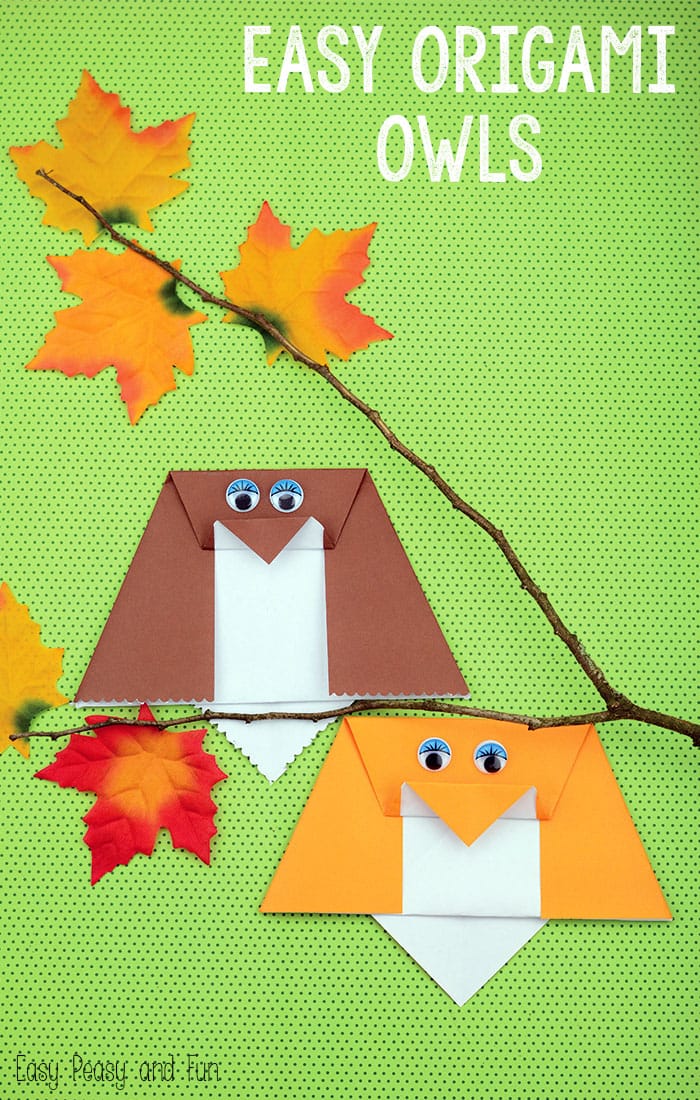 This one is actually my own design and might not be the world’s best origami project for kids but I’ve been looking for a simple tutorial on how to make an origami owl and all of the ones I’ve found online were quite hard for kids to make so it was time to get creative. I do hope your kids will like these!

Start by folding the square piece of origami paper diagonally. Position the paper as show on the picture bellow (colored side down). 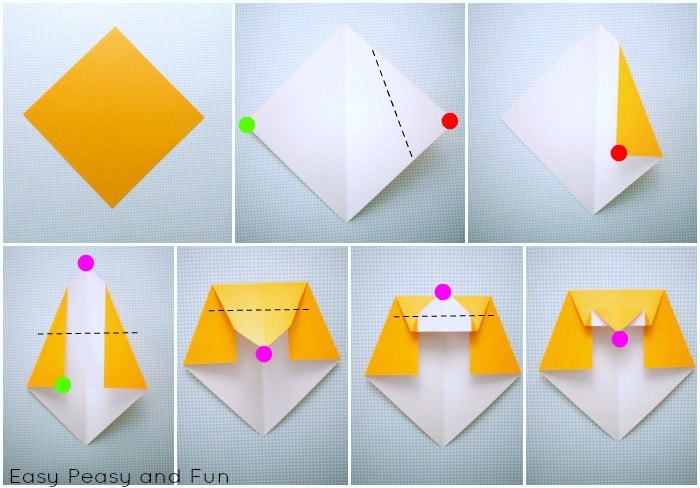 Start by making the wings. Hold the paper as indicated by the red spot and fold it towards the center – the fold is indicated on the second picture above. Do the same with the other wing.

Now take a hold of the top of the paper (indicated by the purple spot) and fold it downward. You can align the top with wings (but this is not a rule – your kids can play with this a bit as this will make each owl look differently ;).

Now Fold the same part towards the top (as shown on the 2nd and 3rd image in the second row above).

Flip over your project. Now grab a hold of the bottom part and fold it upwards toward the top. Crease well. Now fold it downwards and you’re done!

Flip over your owl pop on two googly eyes and you’ve got a lovely origami owl staring back at you! You can have it as is or add some glue to a few parts to “flatten it out” a bit.

Loved this project? You’ll love these easy origami foxes. If you want another super simple project that will also encourage reading why not make these adorable (yet spooky) origami corner bookmarks? 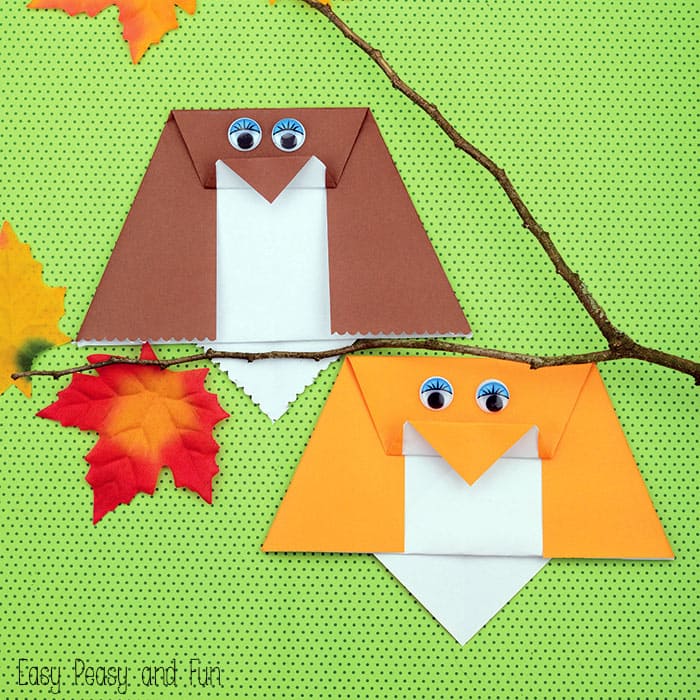