Need a fun crafy project for Independence day? Why not make USA Star DIY pencil topper or two (or three)! 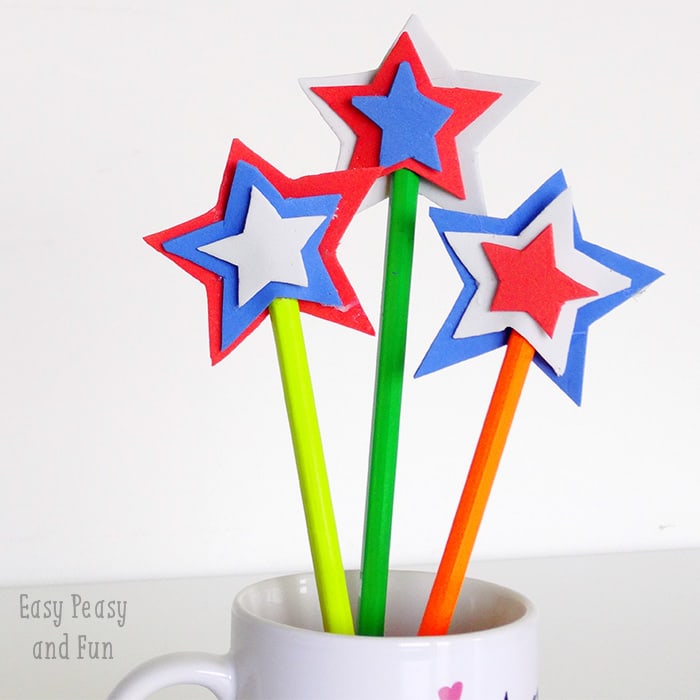 What you will need:

Cut the largest star. Draw an outline on the crafting foam (or just cut around the star). Make as many stars as you want and in all the colors you want.

When you’re done with the largest star cut it away – cutting the middle star. Draw an outline on crafting foam… Rinse and repeat with the smallest star. 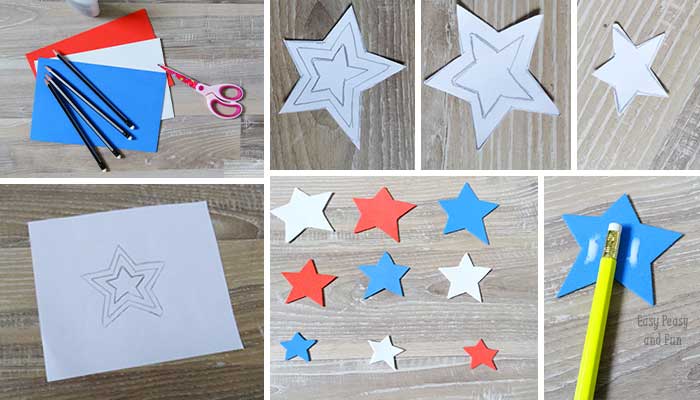 Now that you’ve got your stars ready it’s time to assemble them. Apply glue as shown on picture above (the picture shows white glue which has proved to be really ineffective – we ended up using a glue gun and it worked like a charm.

Place the middle star on top of the big one. Finish it up with the smallest star.

There you have it a bunch lovely USA star DIY pencil toppers! Perfect thing to have around you on 4th of July! 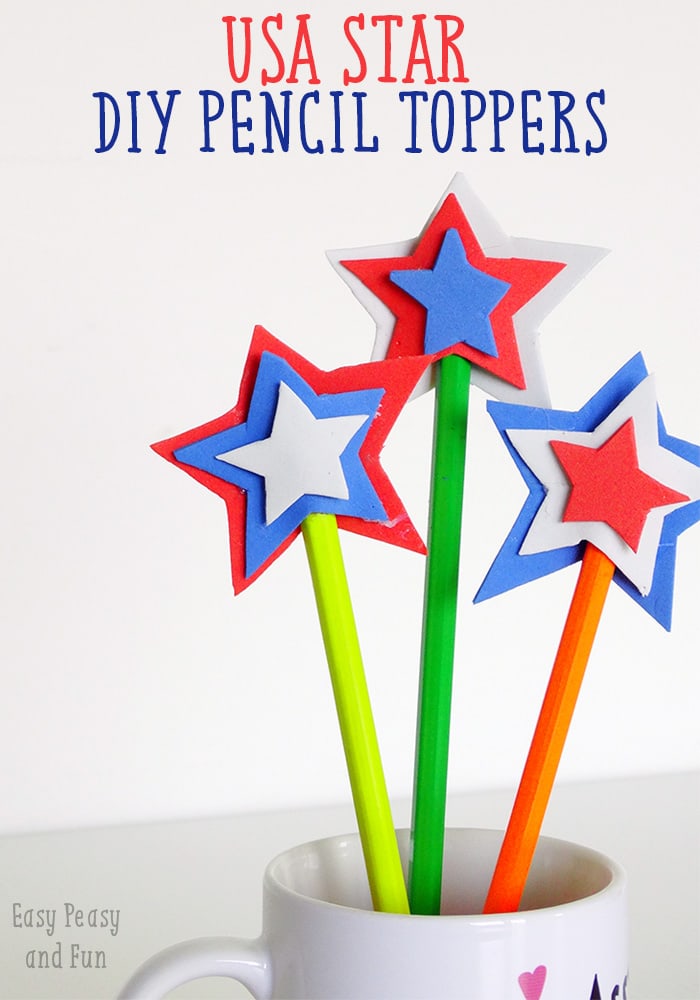