If you love fairies and want to make one (or more) of your own, come along and travel into the world of magic by making this adorable craft stick and cupcake liner fairy craft.

Get creative by making your own styles of dresses, different hairdos, and various types of wings. You can have a nice fairy puppet show when they’re done. 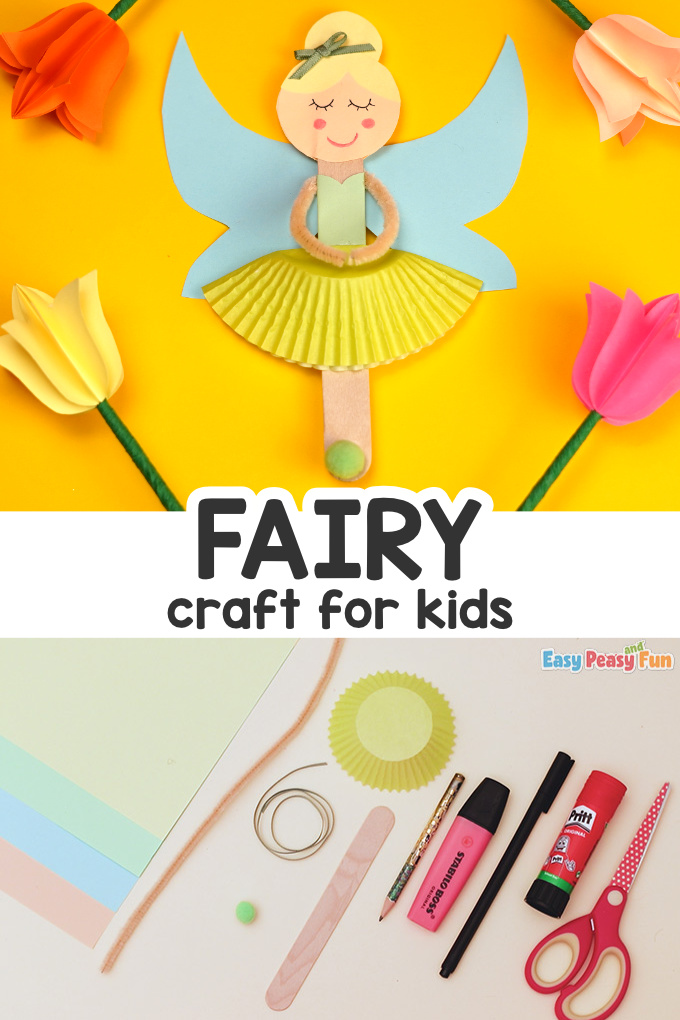 The cupcake liner fairy craft is a great afternoon craft project. You won’t be able to stop at just making one. Soon you’ll have a swarm of magical fairies. 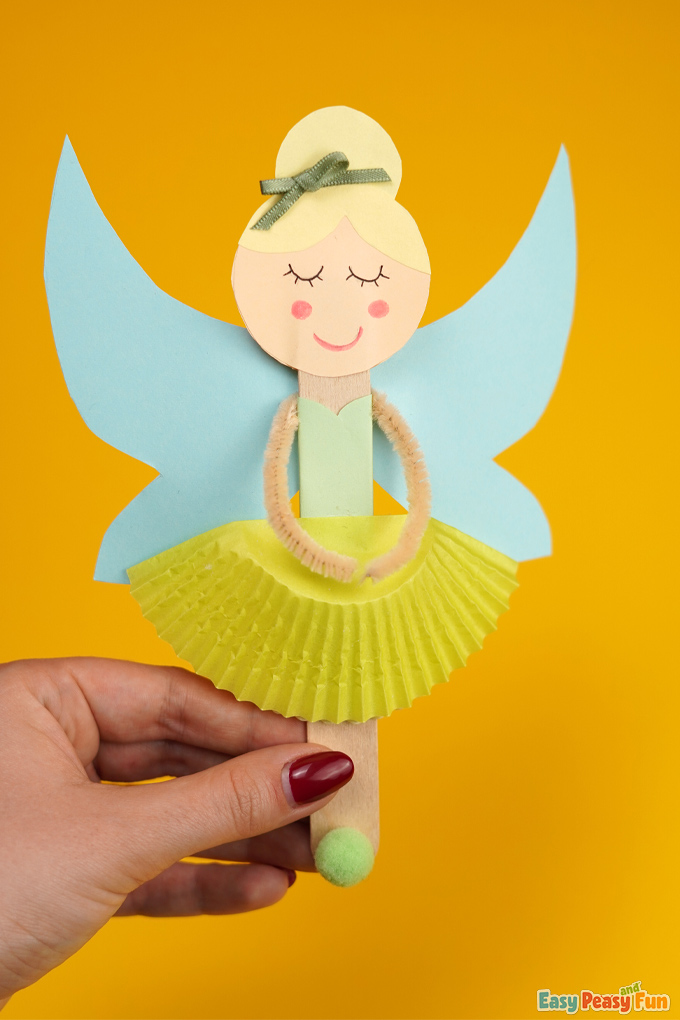 You can use them as a neat party decoration, as a gift for a special friend, or as a craft stick puppet to play with. Fairies are a great theme for Spring Crafting and we love making them (check out our Fairy Garden in a Jar or Make a Magic Wand project).

How to Make Craft Stick and Cupcake Liner Fairy Craft 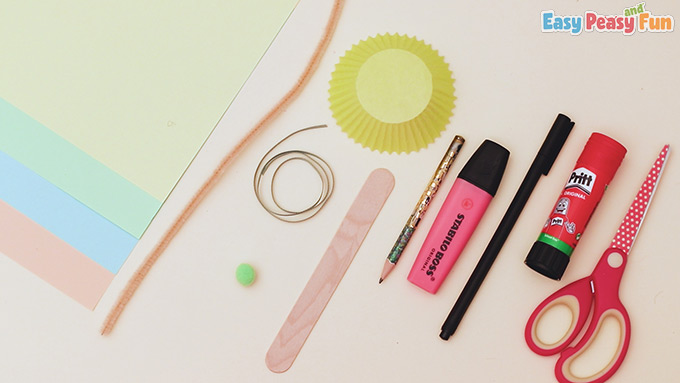 Draw a circle on the body-colored paper… 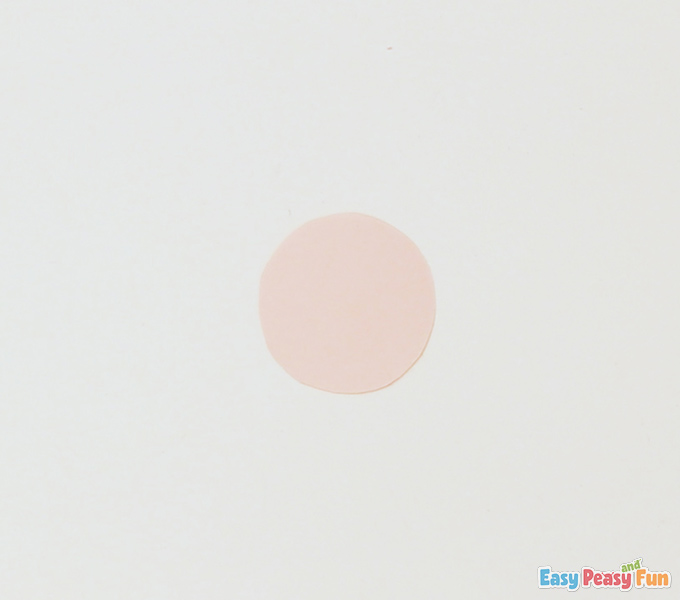 Use the circle head as a template to draw another circle on a yellow paper for the hair. 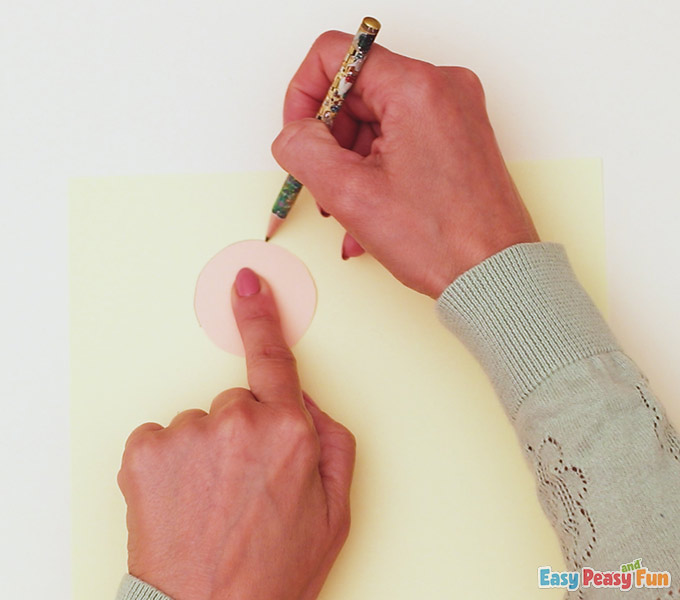 Draw another smaller circle for the hair bun. 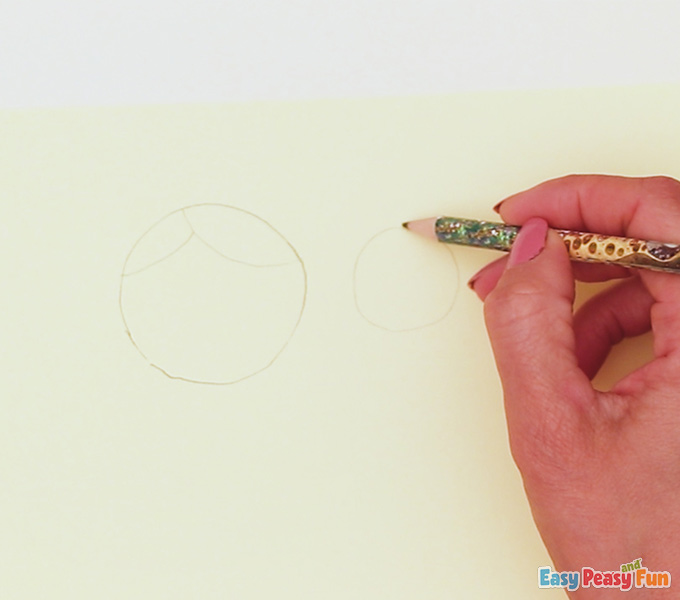 …and cut the pieces out. 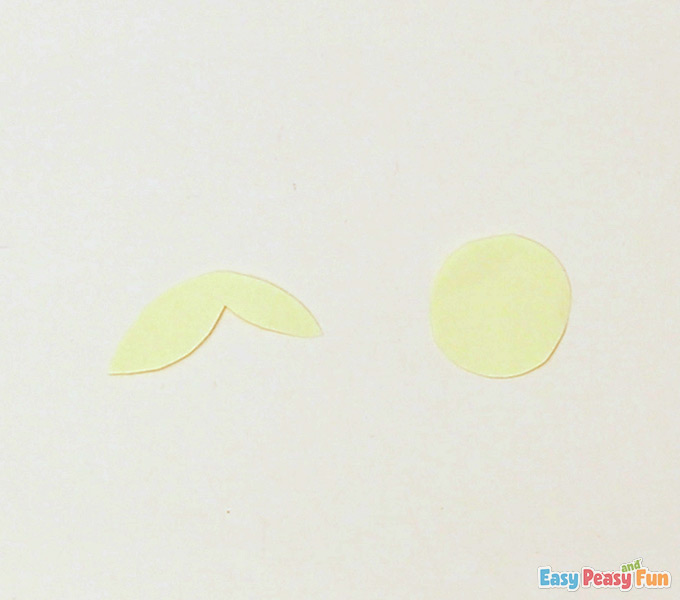 Glue up the hair on the top of the head and draw the face of the fairy. 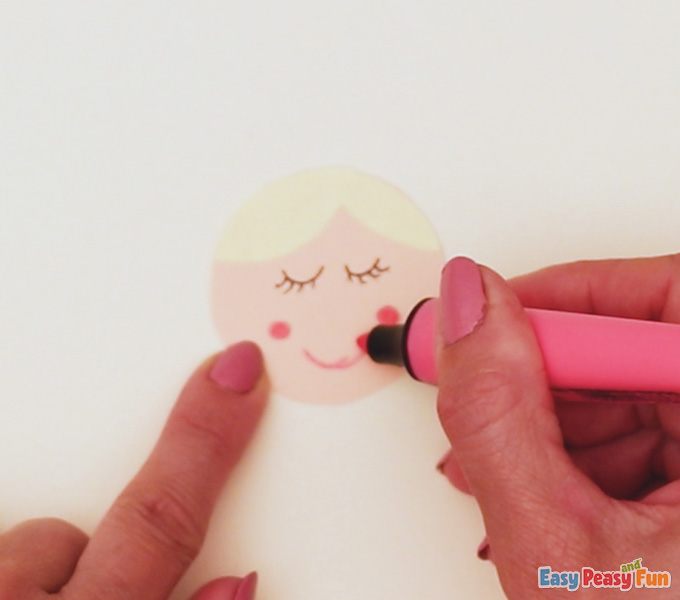 Glue the head of the fairy on the top of the popsicle stick. 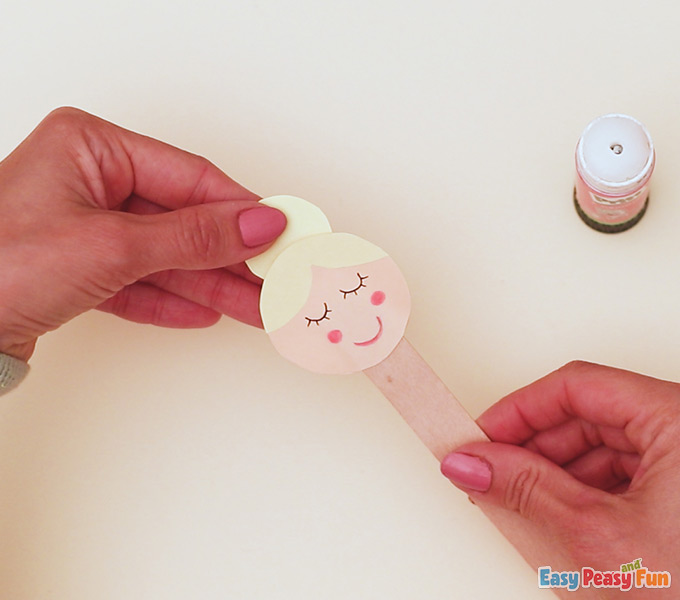 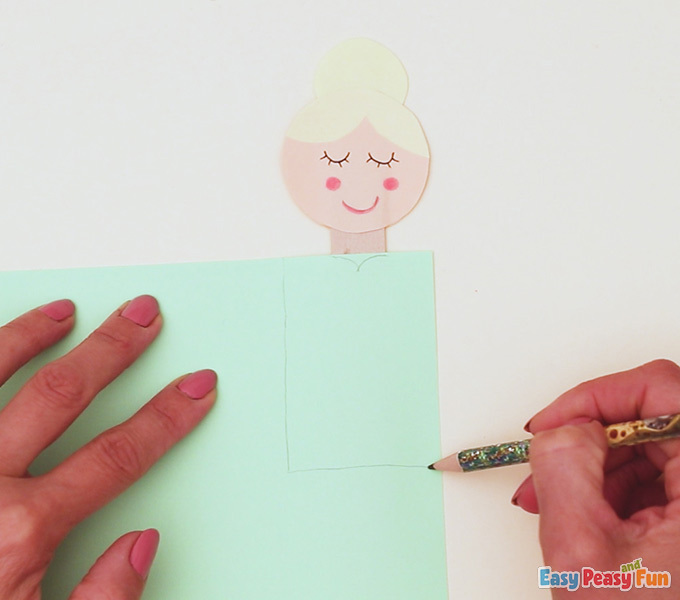 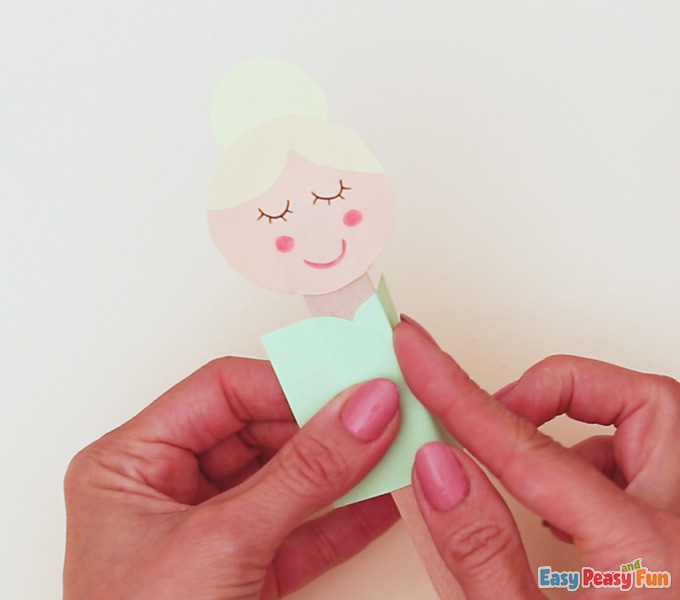 Fold the muffin paper in half … 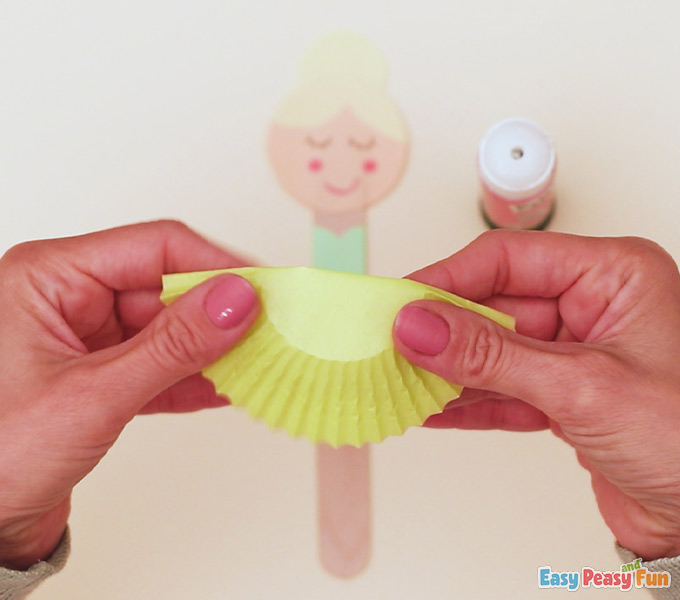 …and glue it to the skirt. 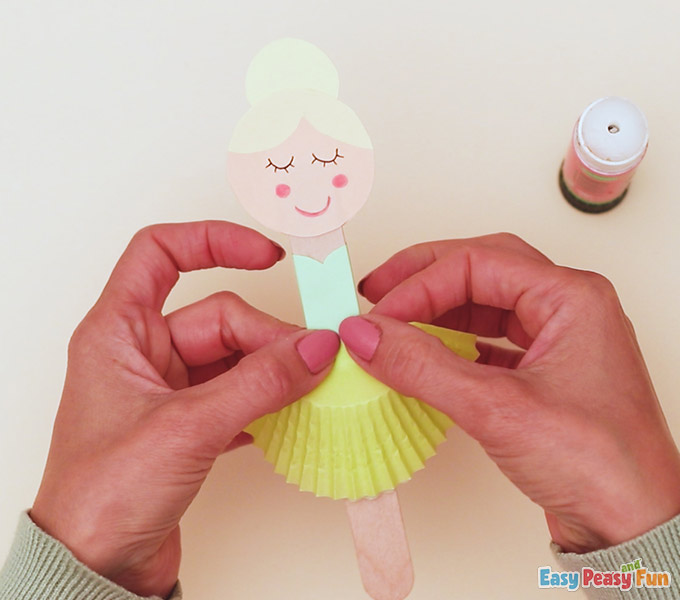 Draw the wings on the blue paper… 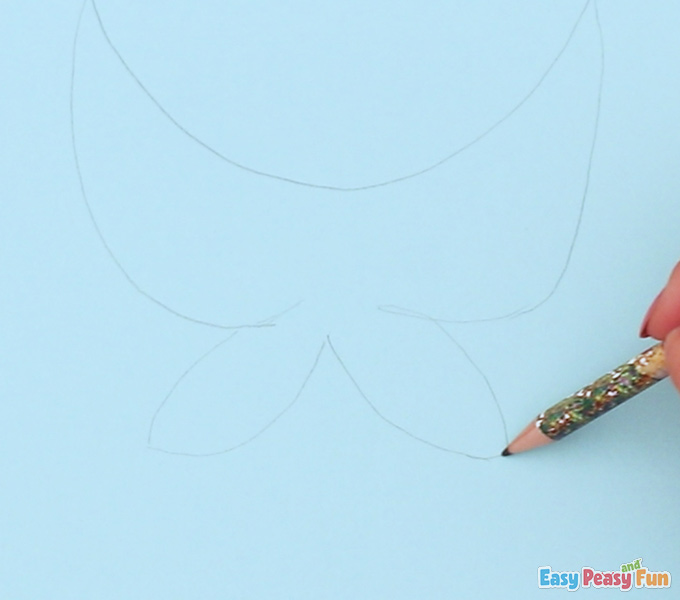 …and cut them out. 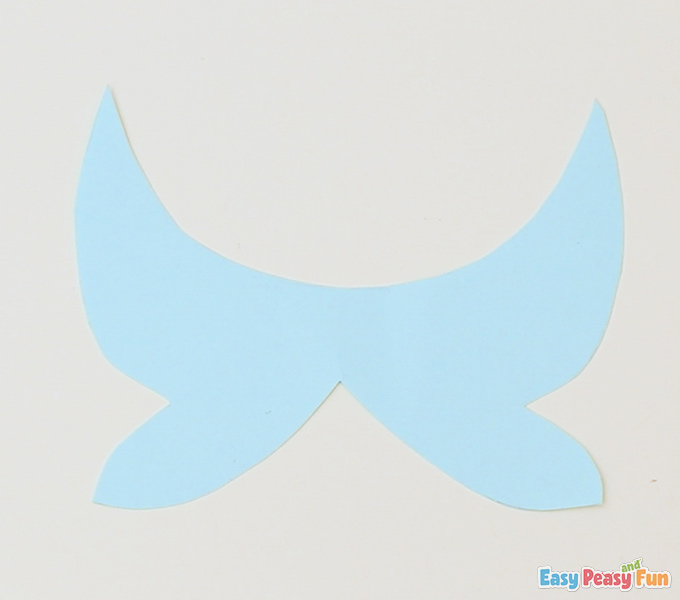 Make the arms with the pipe cleaner… 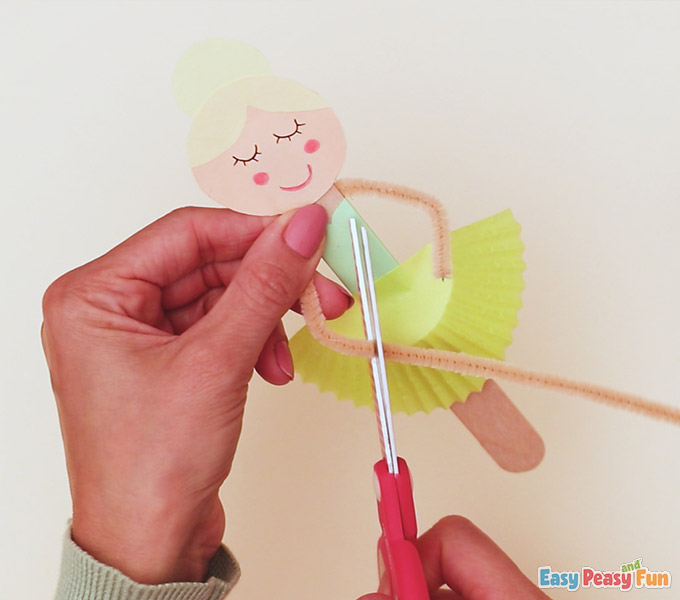 …and glue the hands to the back of the craft stick. 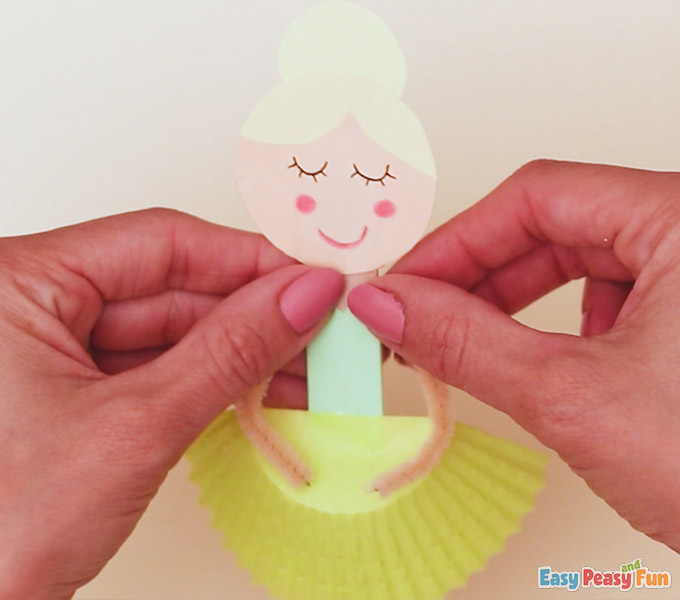 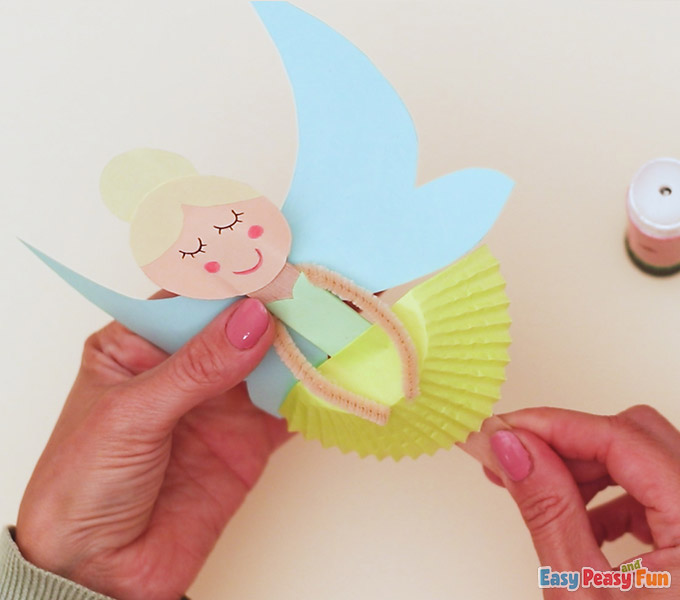 …and glue it on the fairy’s hair. 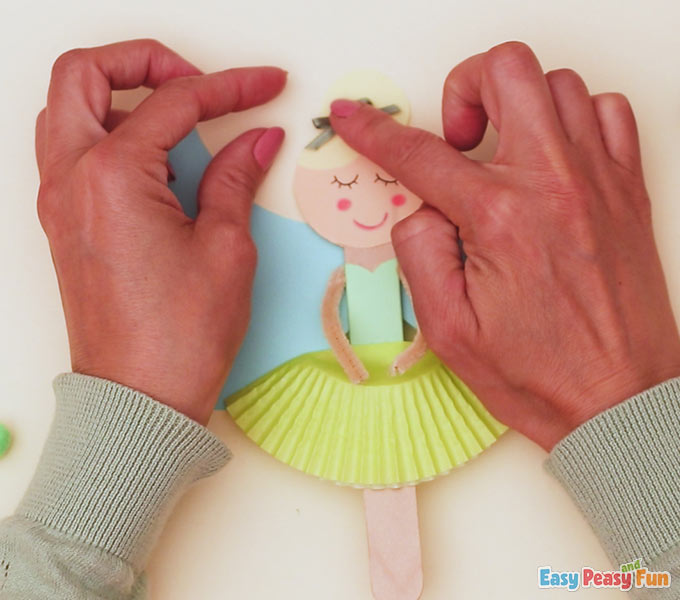 Glue the green pom-pom on the fairy’s legs. 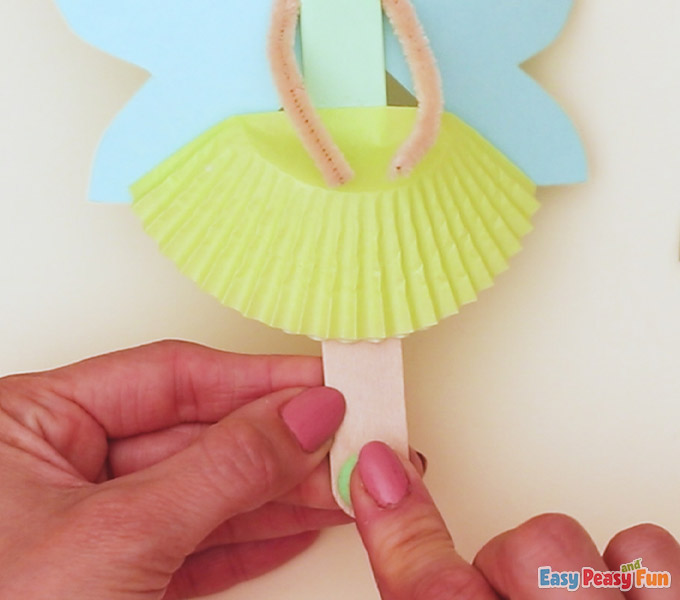 And your fairy is all done. 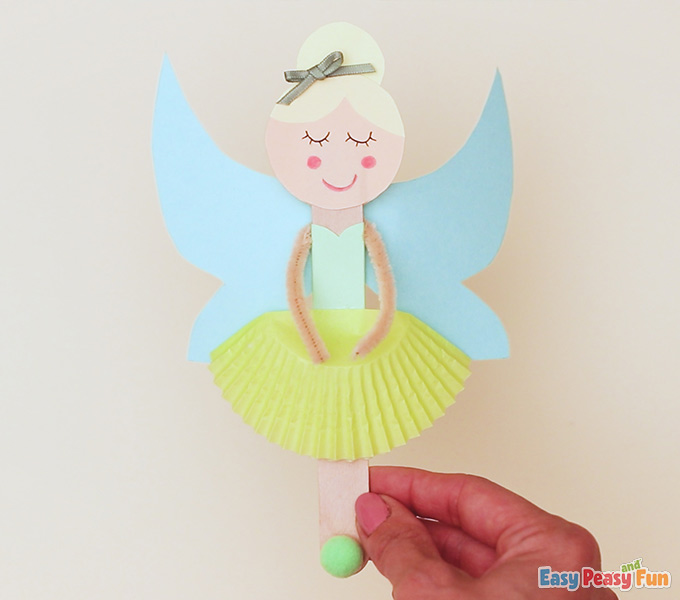 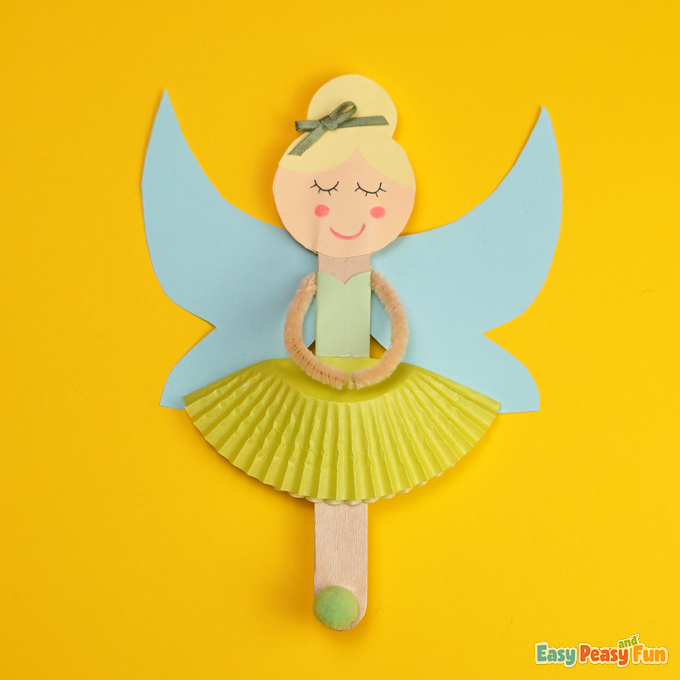 You can place the fairy among the paper flowers. 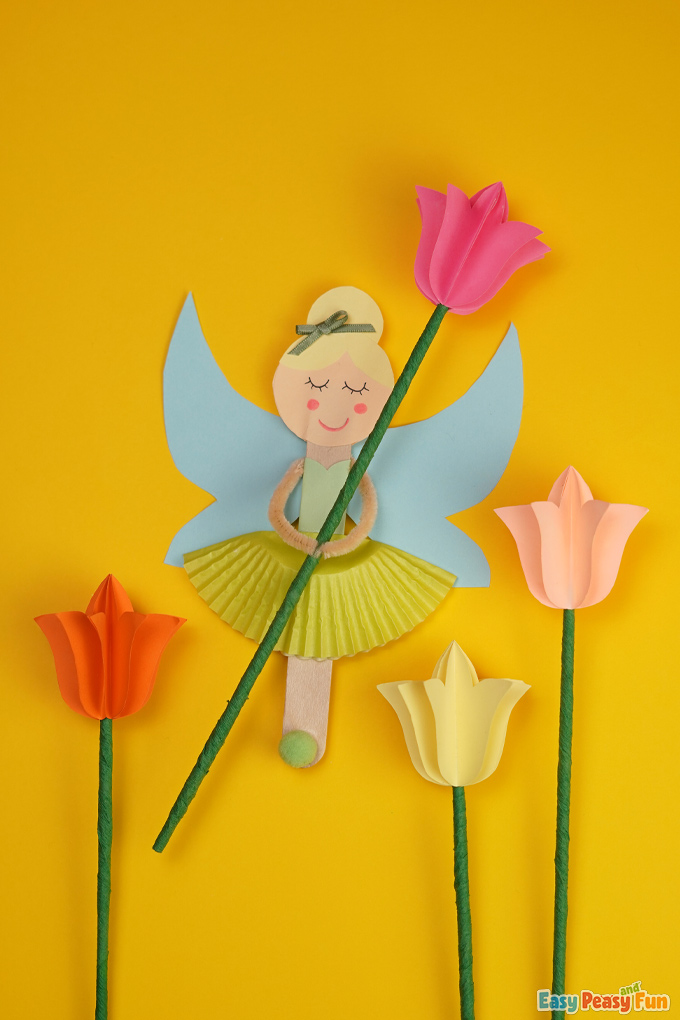 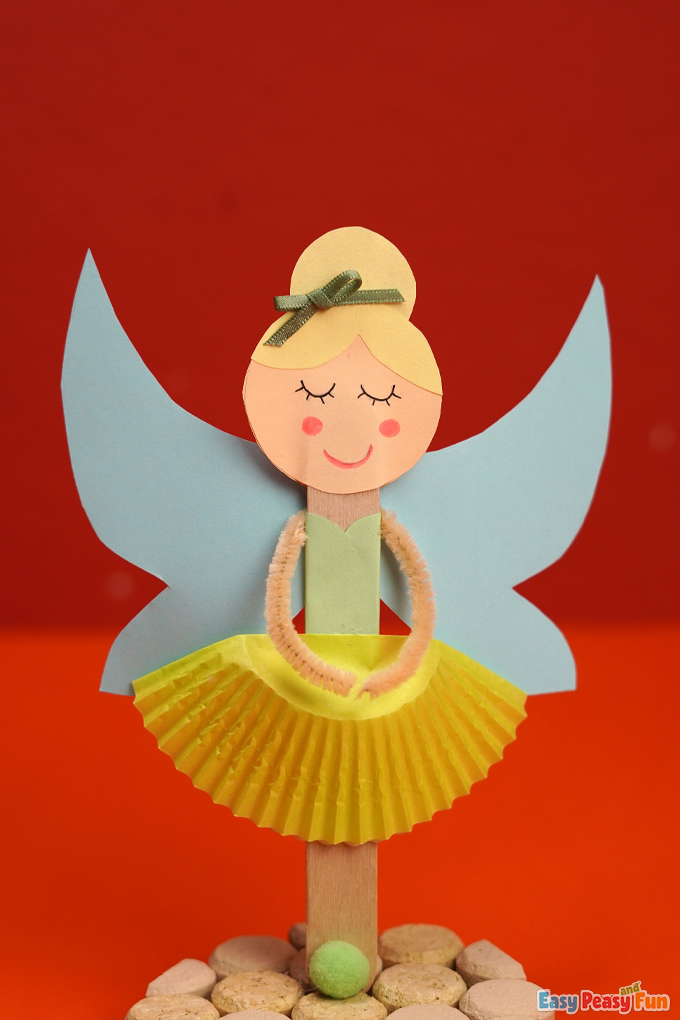 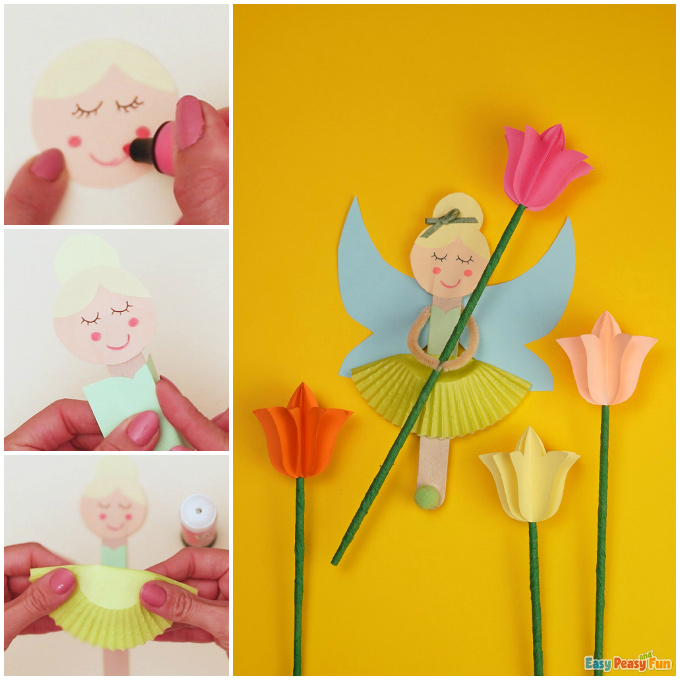