We’re back again with another fun pom pom craft and this time we are making an adorable pom pom bear craft.

This little creature is really easy to make and can be used as a key chain, a toy, a decoration or in many other cool ways. 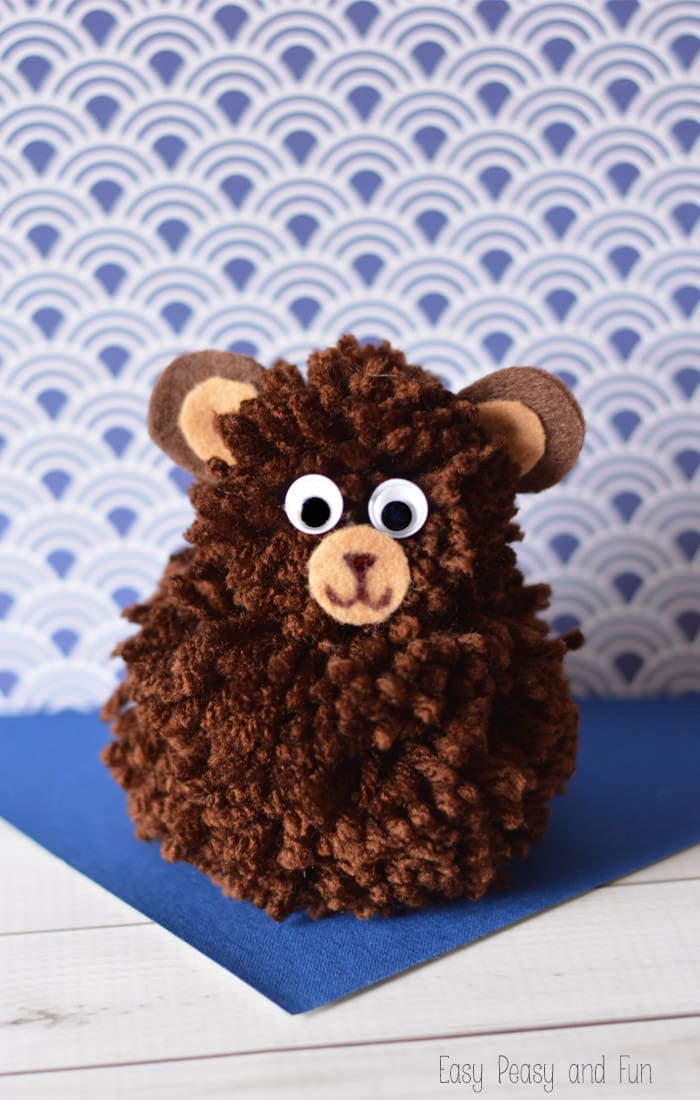 To make this pom pom bear we used 125 wraps of yarn around a book (if you’re not familiar with this technique you can see the pom pom tutorial here). 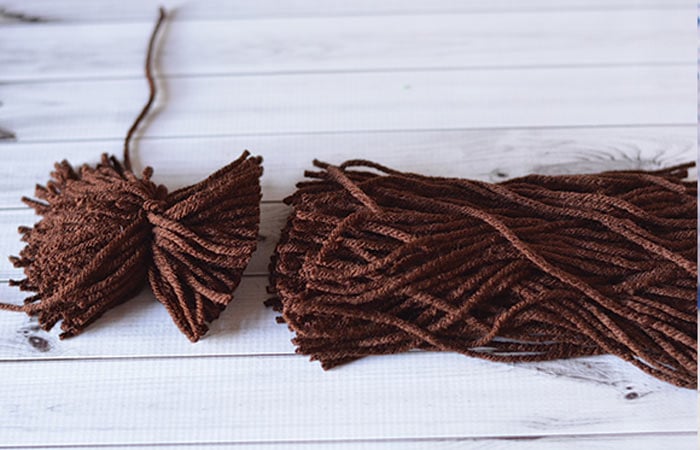 Cut 1/3 off the end of the yarn and tie. This is the head.
Cut the other 2/3 in half and stack on top of each other. Tie and this is the body.

Trim to make a nicer round shape.

Tie body and head together. 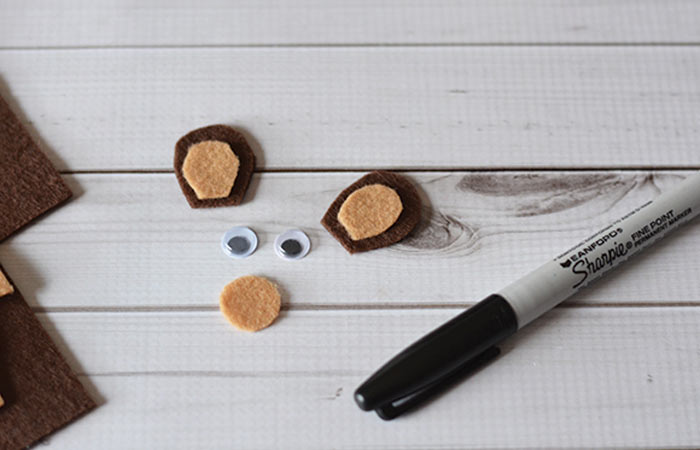 Affix all items with hot glue. 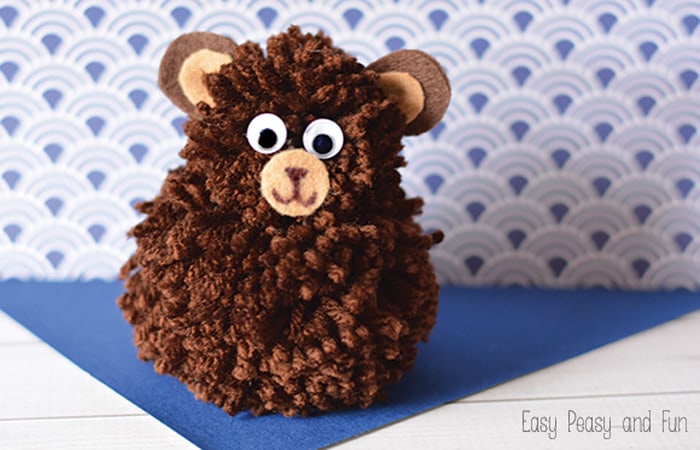 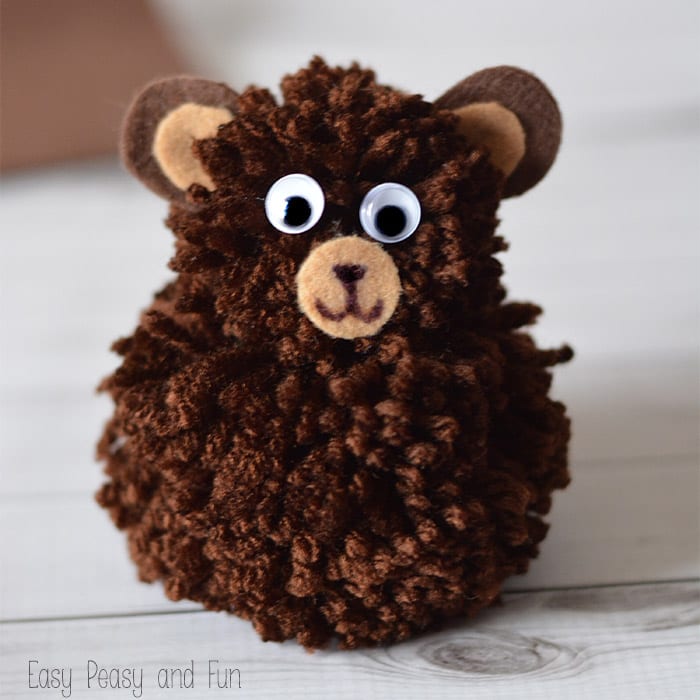