So you made delicious cupcake but have a couple of (green) cupcake liners left? Let your kids make this Cupcake Liners Christmas Tree Craft.

It’s a fun project on it’s own, add a string to it and you get an amazing looking DIY Christmas tree ornament. 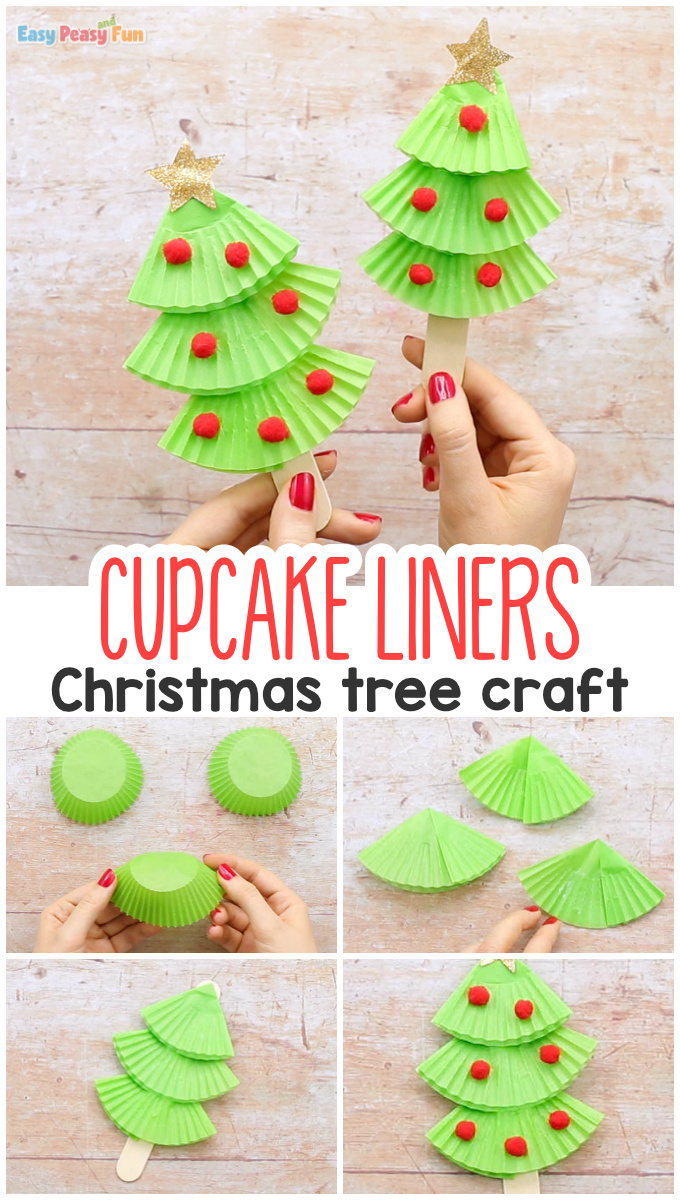 The wavy edges of cupcake liners add to the appearance of this craft, however if you want to opt for a “greener”  craft, you can use old newspaper or flyers and cut circles out of it.

Paint them green and you are good to go. 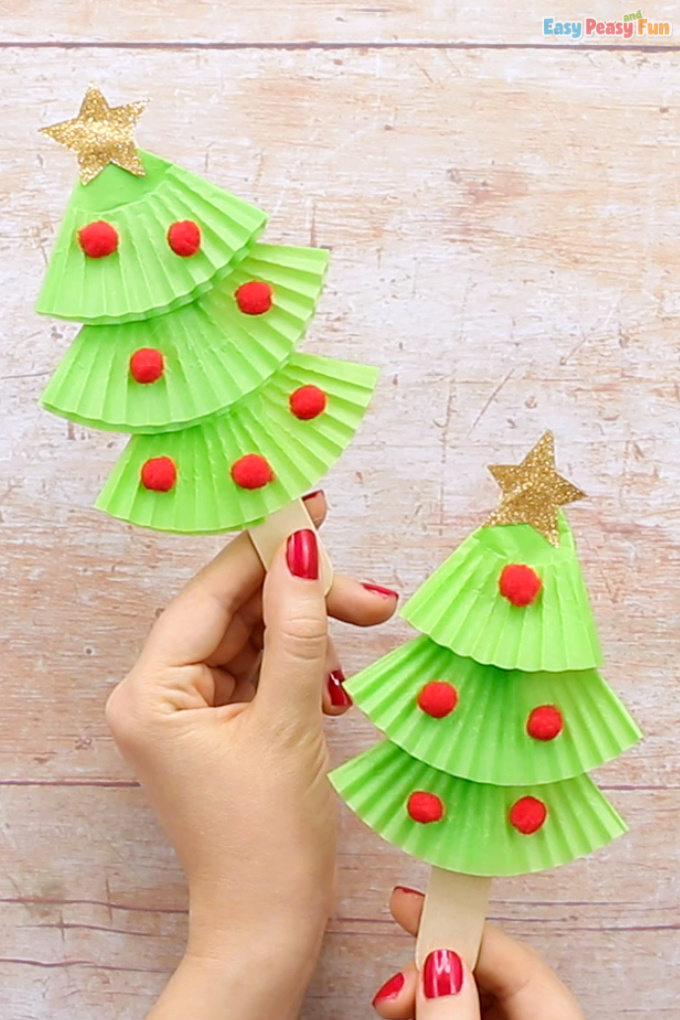 You will need 3 cupcake liners (or 2 if you are using a regular craft stick). 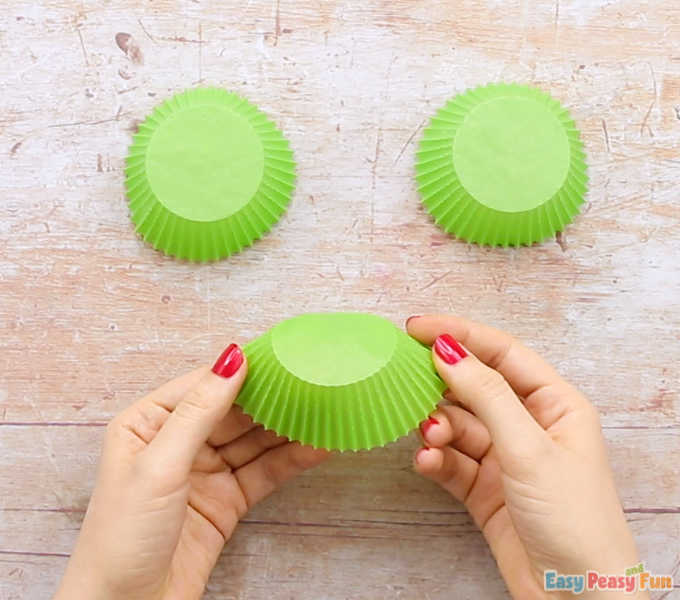 Start by folding one of the cupcake liners in half and flattening it. 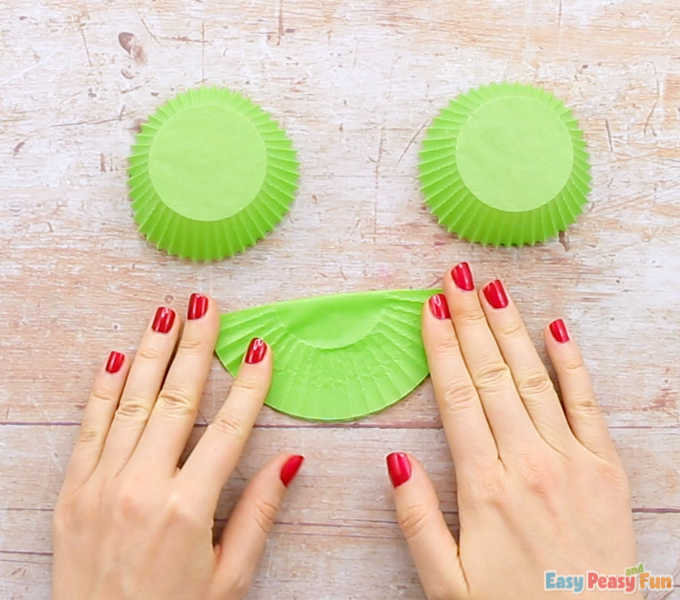 All next steps are “rough estimates”. You don’t need to fold the liners exactly as we did.

Take one corner of the folded cupcake liner (right one in our case) and bring it down to the center (roughly).

Run your finger across the fold. 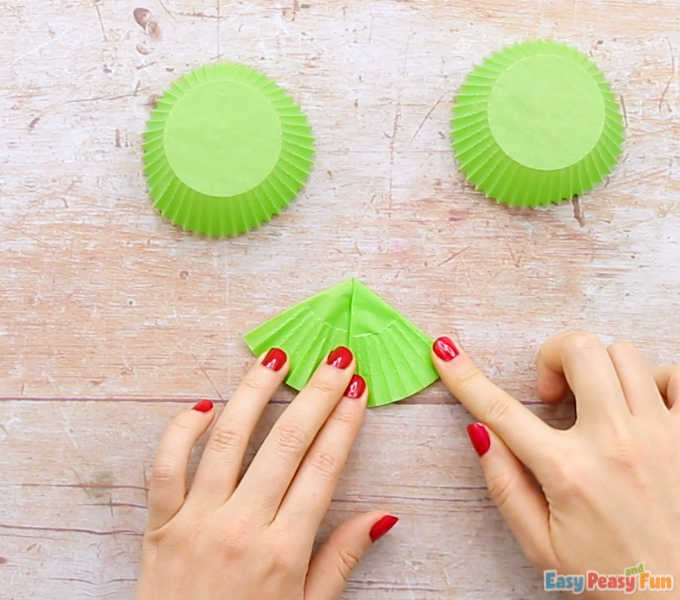 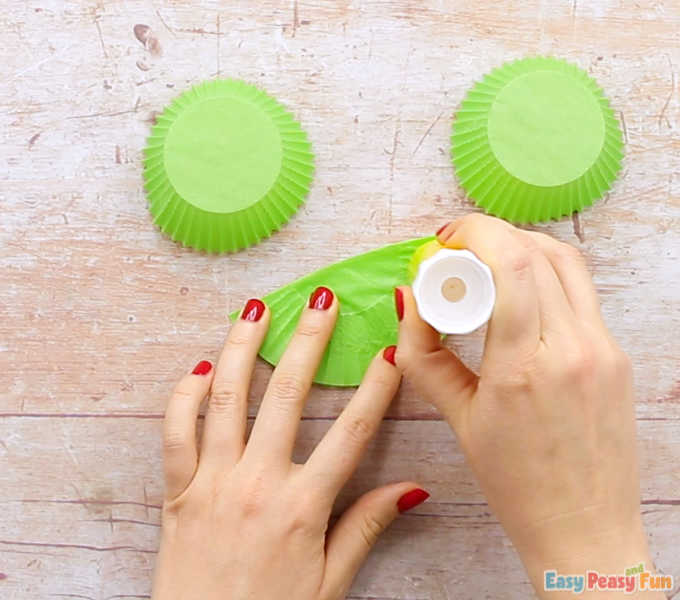 Press down for the glue to set. 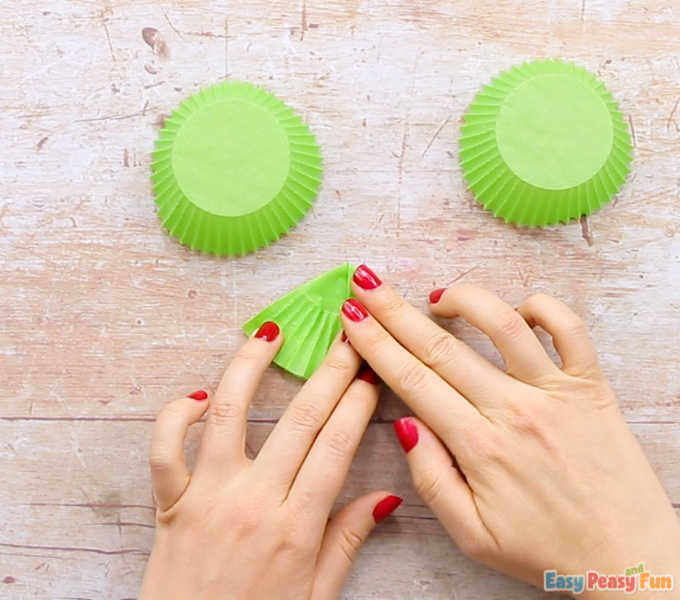 Repeat with another cupcake liner. 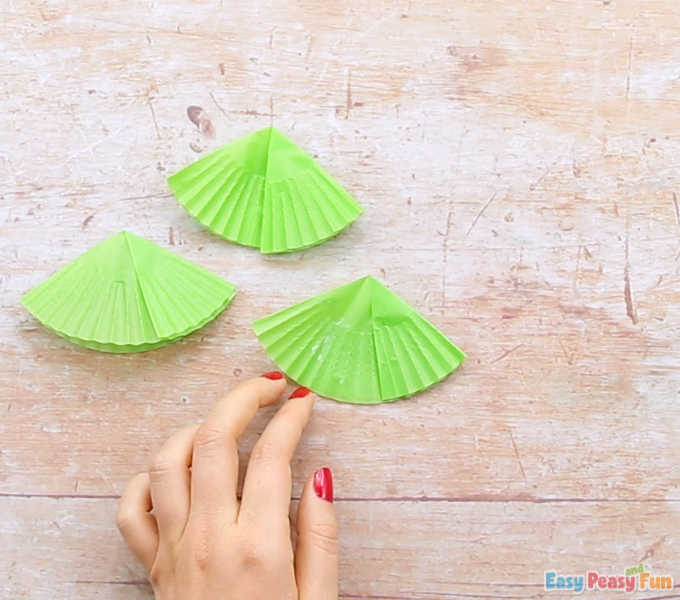 With the third one, do the same but also fold the left corner towards the middle.

This one is the smallest of our 3 folded cupcake liner triangles and will serve as the top of the little Christmas tree. 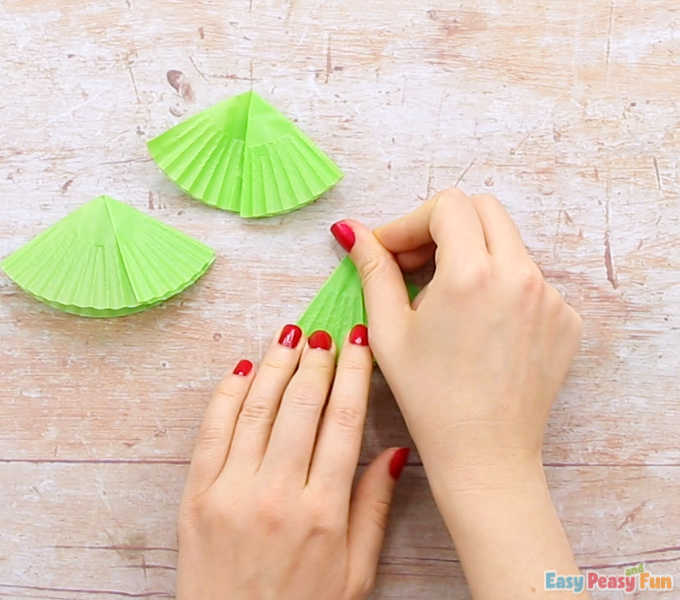 Take the craft stick and apply glue on the upper half (where the cupcake liners will go). 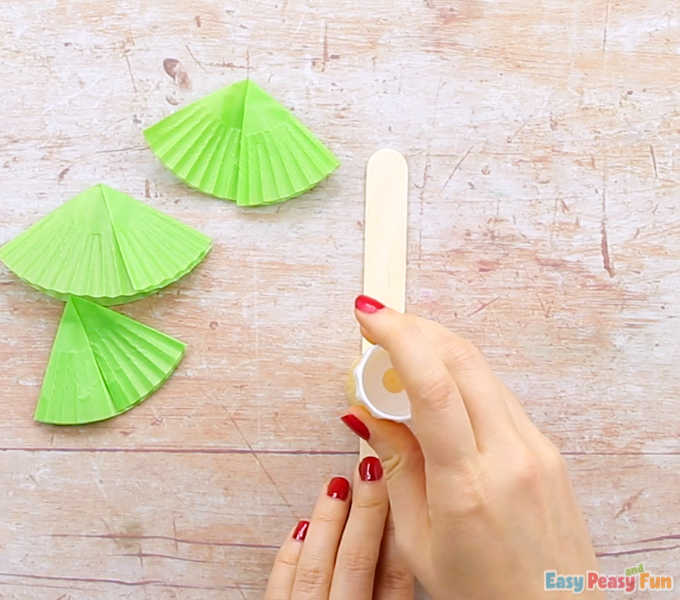 Start at the bottom, sticking one of the larger cupcake liner triangles to the craft stick. 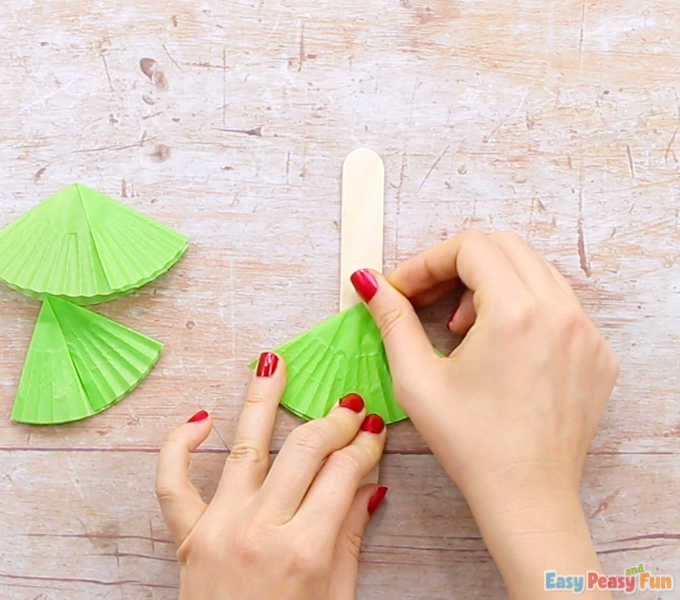 Next stick another large one on top of the first one.

Finnish up with the smallest one. 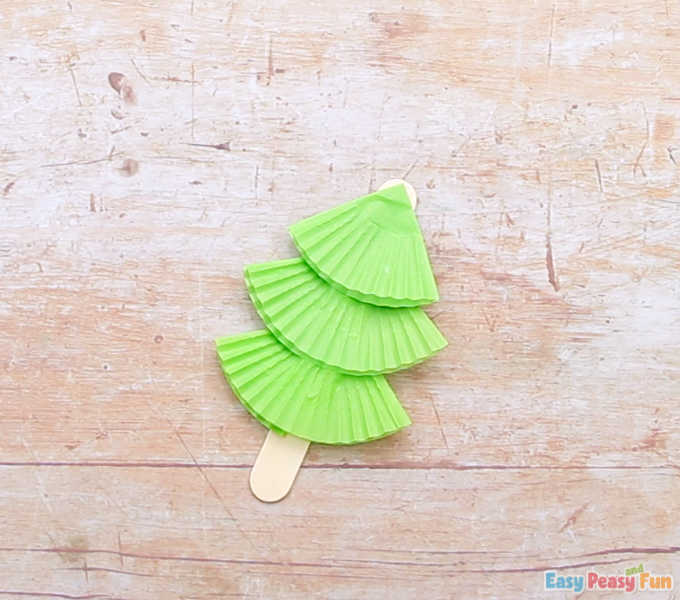 Cut a star from yellow or gold paper and stick it on the top. 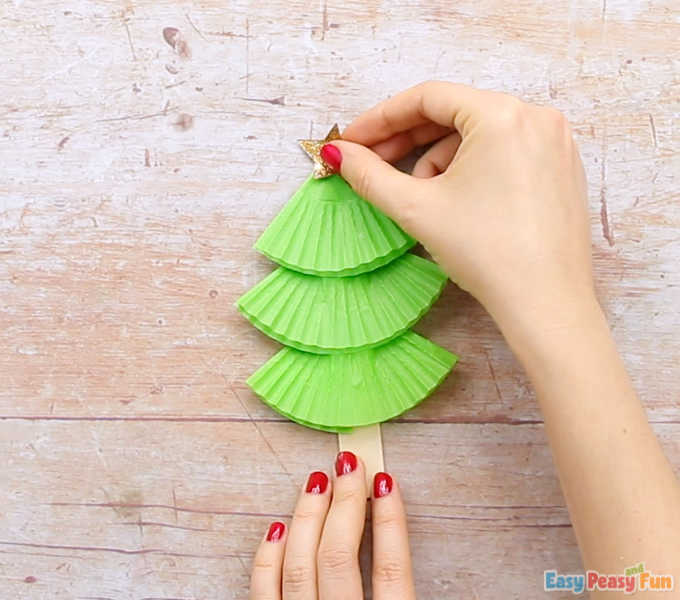 To make your tree look festive, add some decorations.

We think pom poms do the trick nicely. 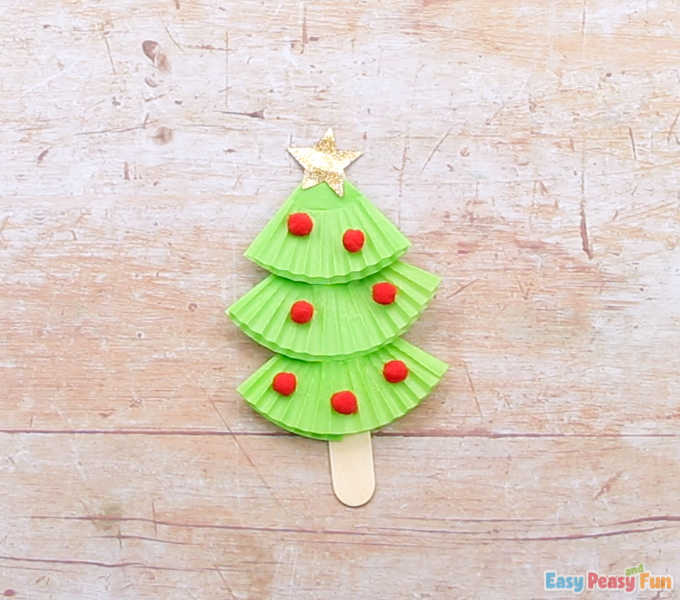 If you want to make this Cupcake Liners Christmas Tree Craft into an ornament, stick yarn for hanging on the back (secure with tape). 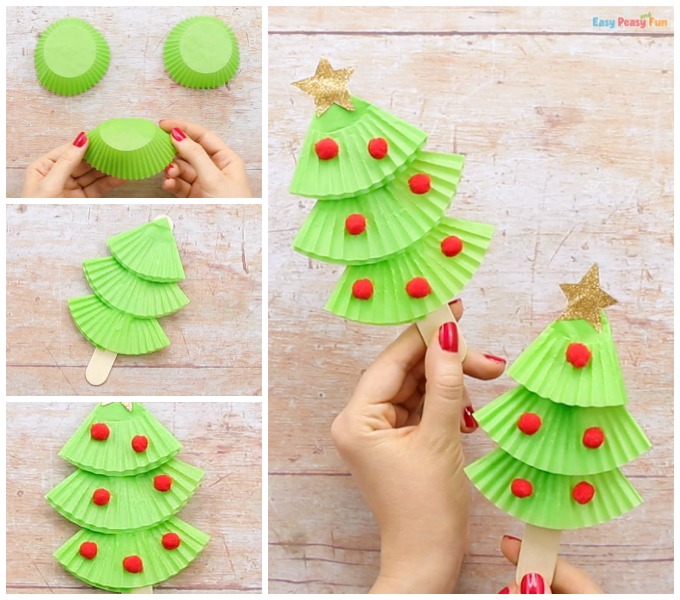 You can also add cupcake liners on the back, so the ornament is nice to view from both sides. 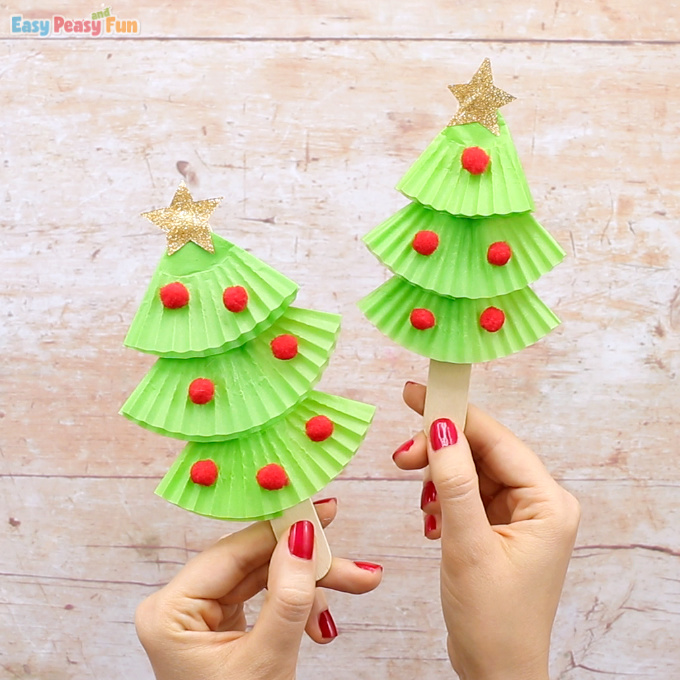