Cupcake liner crafts can be really fun, the best way to go about it is to give the kids a selection of assorted colors and and have them come up with their own animals, but sometimes you just need an idea, like how to make a cupcake liner frog craft :). 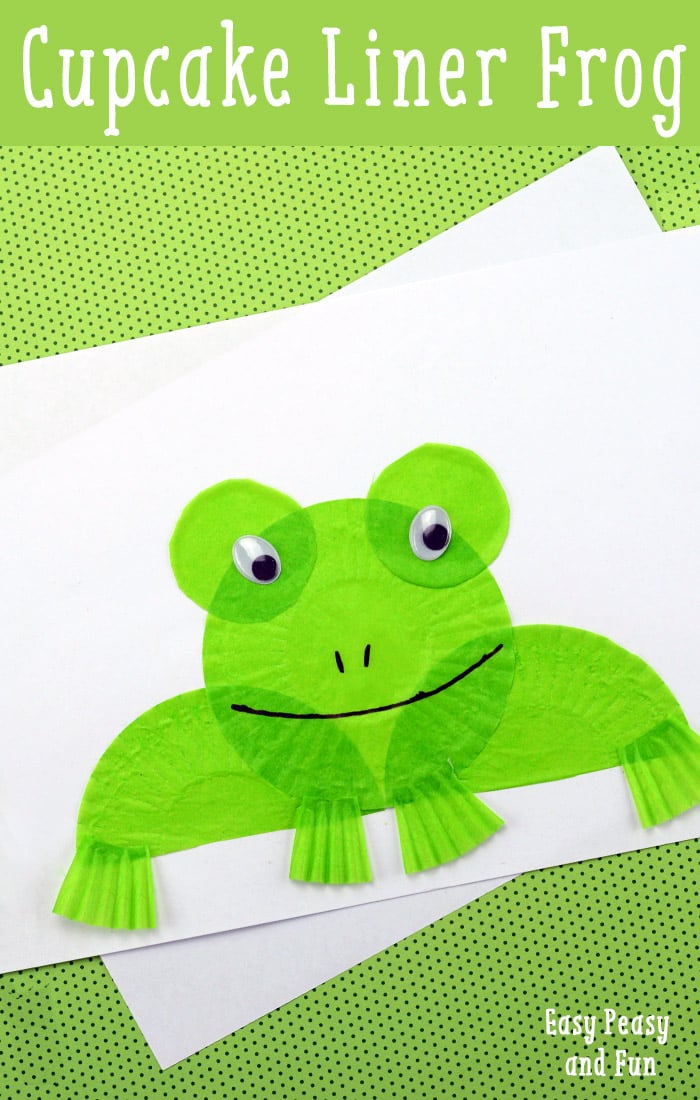 Cut the remaining two cupcake liners like shown on the picture, you’ll get the eyes and a strip to make the legs. Glue the eyes on their place.

Cut 4 small parts from the strip to use as frog legs. Glue them on the frog. 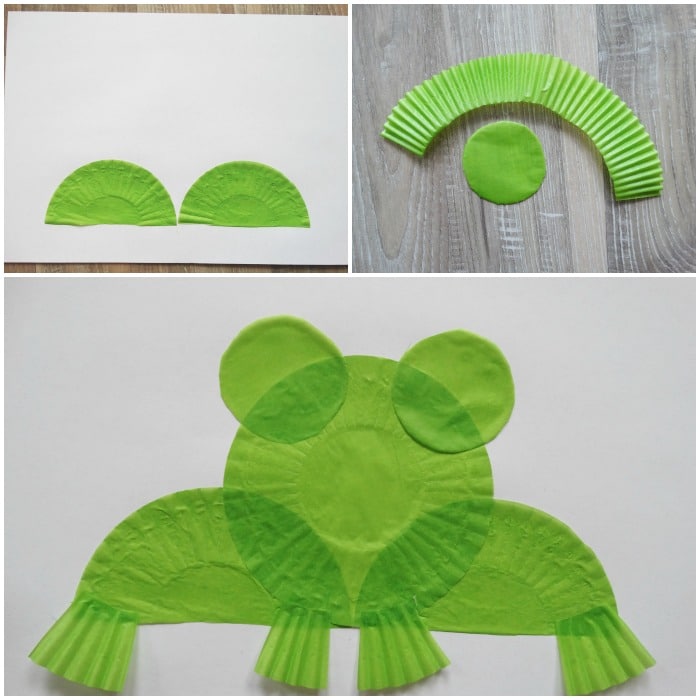 Almost done! Take two big wiggly eyes and stick them onto the eye ball parts. Draw two little nostrils and mouth and this little fellow is ready to hop away.

Dive deep into the see and make these funky cupcake liner jellyfish. Or why not make this cute cupcake liner pig craft? Or some “mix media”, like make a paper plate fish with cupcake liner scales. 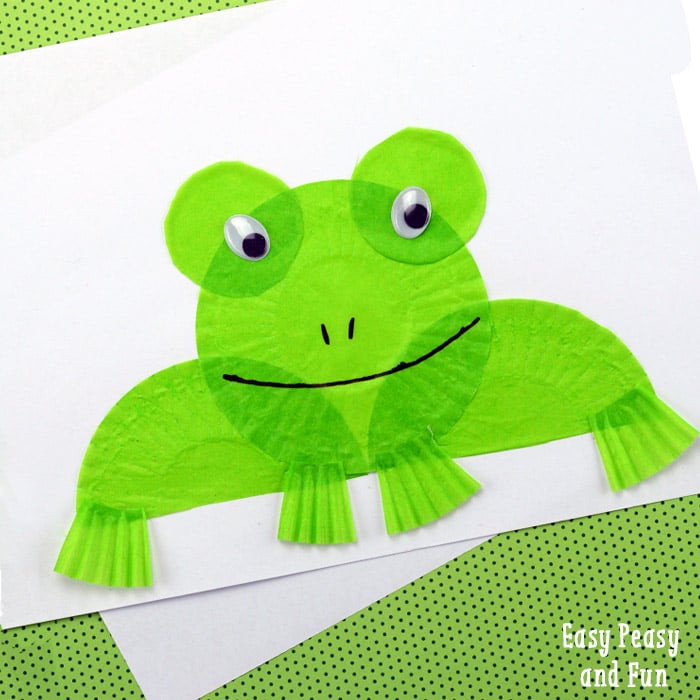