Ready for a spooky puppet show? Lets make some talking zombies! This clothespin zombie puppet craft will be ready in no time and it’s insanely fun. You can either print our version or draw your won, both will be silly and fun. 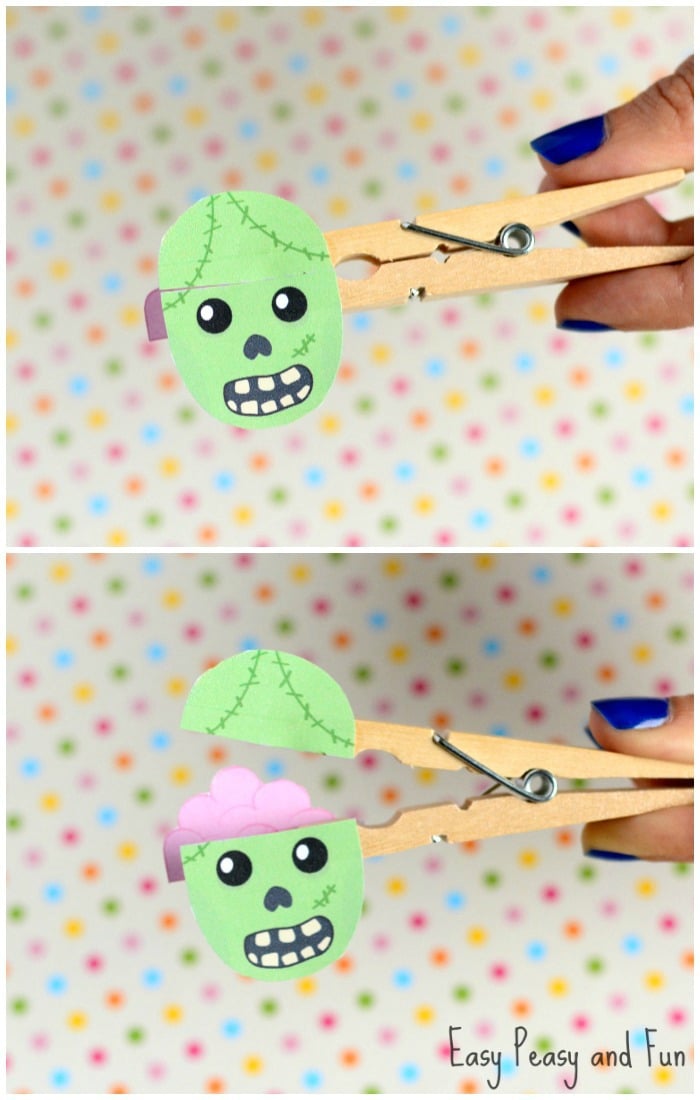 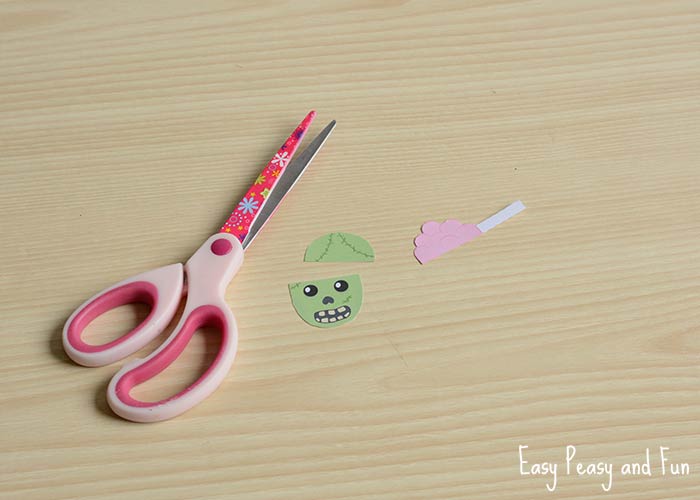 If you’ve decided to go with our own little spooky creation, print it out and cut the head and the brains. You’ll see a dotted line on the zombie head, cut along that line. 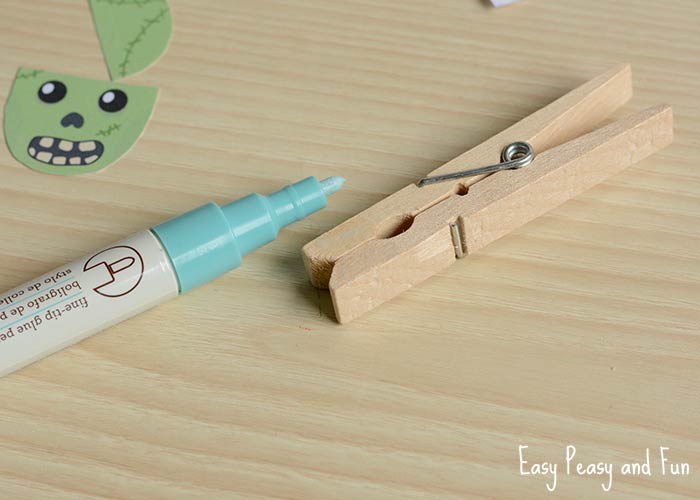 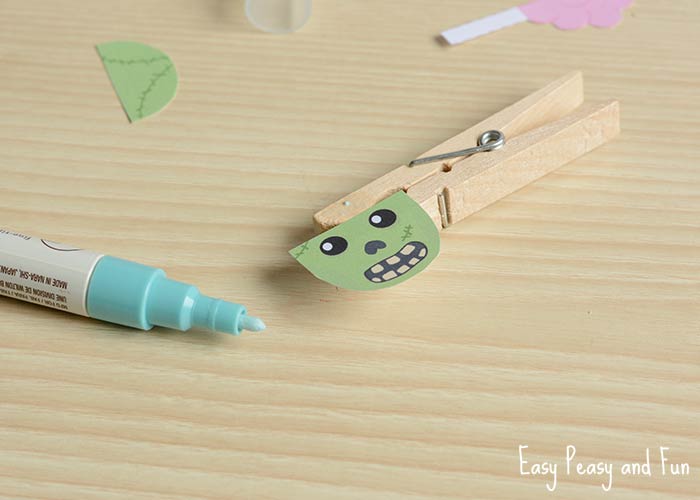 Glue on zombie head as pictured. 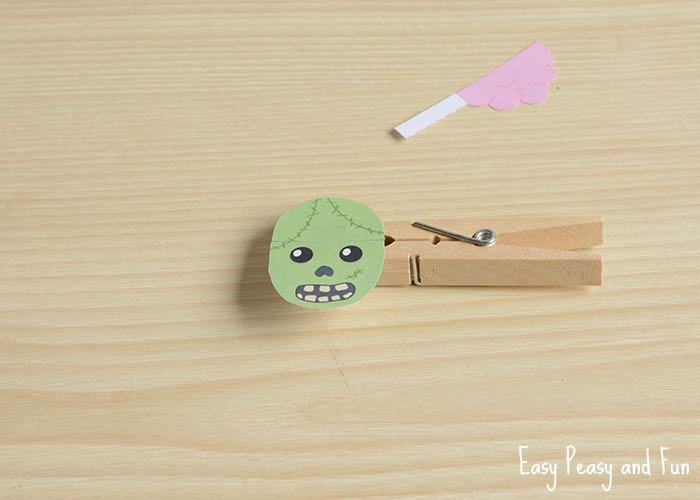 Ad the upper part of the zombie head. Try to position the head as much to the left (if you are working in the same direction as we were) as possible – more on the left than we did as the brain part can get a bit stuck here or there if your clothespins are not the best (ours were very loose).

Flip the clothespin and add some glue. 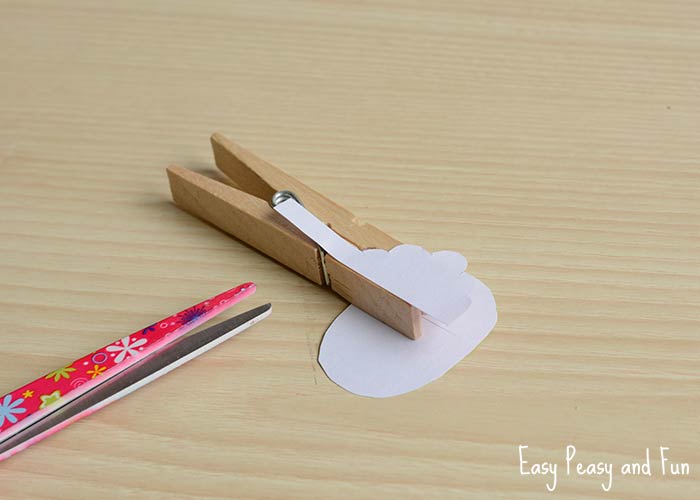 Glue on the brains as shown on the picture (align them with the head). Cut off any excess paper. 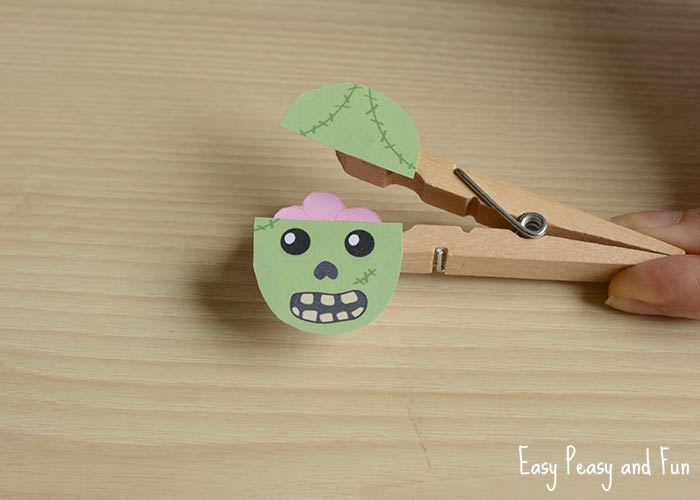 Your Clothespin Zombie Puppet Craft is ready to get chatty. 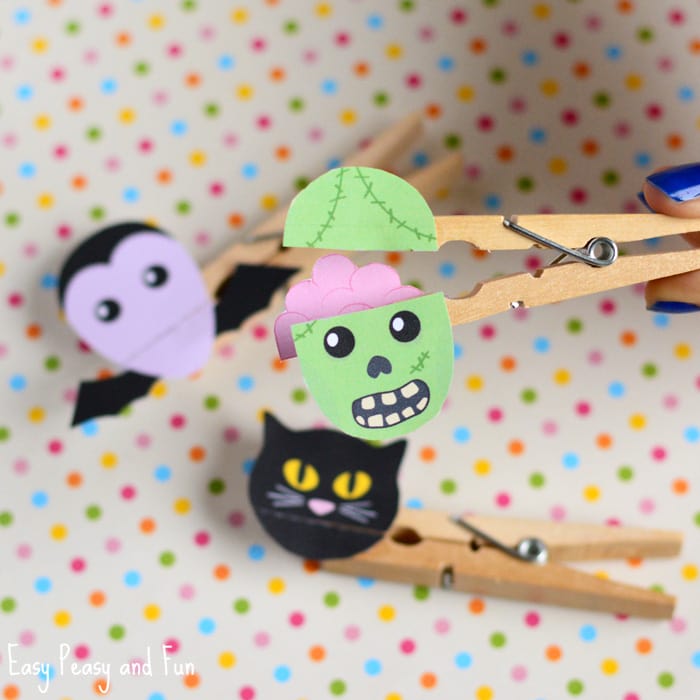